Home » Health » Is Obamacare Affordable? My Journey As An Inaugural Member

I am inaugural member of Obamacare. Not by choice however.

Politics aside,  there are quite a few misconceptions regarding the cost of Obamacare and whether health insurance obtained by the Affordable Care Act is indeed Obamacare affordable. I have now purchased health insurance via the Obamacare health exchange marketplace for three years since the inception of Obamacare. My insurance premiums have now increased %41.6 from January 2014 through 2016.

My History As An Inaugural Obamacare Participant

Why am I an inaugural member of Obamacare? Because my Blue Cross Blue Shield (BCBS) traditional policy was cancelled by BCBS in Fall 2013.

This was contrary to what President Obama promised when proposing the Affordable Care Act (ACA). So it was a surprise to me to discover my policy was being cancelled. Not withstanding the launch of healthcare.gov in late 2013 was a consumer disaster, the presidential administration then had to walk back the ACA promises and stated the BCBS could extend the policy as a transition from 2013 through 2014.

Except BCBS did not want to. Ultimately after a push and pull battle leaving the consumer in limbo, the issue went before the State Insurance Commissioner who ruled BCBS could cancel the policy. Hence I had two options to either purchase health insurance through Obamacare or purchase health insurance privately through an insurer. And so I became an original member of Obamacare. 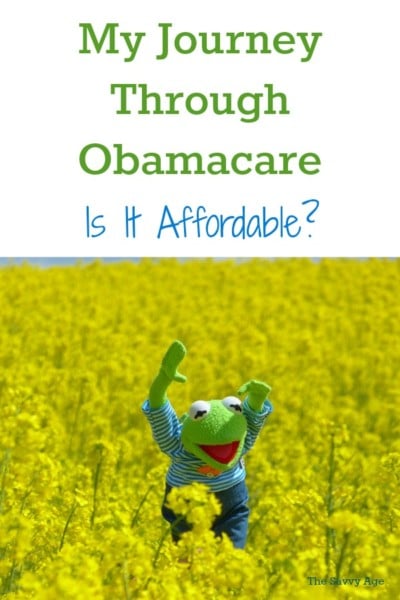 I took and continue to take umbrage that cancellations were politically spun by the administration that it was a small amount of people affected or that it was purchasers who had a catastrophic lower premium policy.

I have purchased health care insurance for a small business since early 2000. I am well versed in purchasing health care insurance. The policy cancelled by BCBS was a traditional health care policy, $1000 deductible, 70/30 copay. As one of the “small” percentage of Americans who had their health insurance cancelled – I was not amused and did not appreciate being caught in a political – insurance company – healthcare industry hot mess of the launch of Obamacare.

Fall Of 2013 – Attempting To Purchased Obamacare

If you were shopping healthcare.gov (the Obamacare health exchange) I am sure it is a memory one will never forget. Website crashes, jumbled information, as previously mentioned it was a hot hot mess.

I posted a little ditty about my travels entitled Obamacare Let It Snow through the healthcare.gov website in total frustration and then it in an odd way became humorous trying to receive accurate information from the government or the health insurers regarding what policies and what cost was being offered.

This scenario took 3 months to play out. The government was unprepared to launch Obamacare, the insurance companies were overloaded, the government seemed to change the rules on a whim, the healthcare.gov website was a technical disaster and the consumer was caught in the middle.

I have purchased the same policy from BCBS via Obamacare from January 2014 through 2016. The policy is a “Silver Multi State” policy meaning vision and dental is included for adults. The vision basically covers one exam a year and a $135 credit for glasses. The dental is negligible for procedures and does cover preventative. The price difference between not receiving the vision and dental was minor so I chose to include those options for this year.

So the facts and figures as to if health insurance is affordable under Obamacare?

First it is difficult for any American to compare policies apples to apples to another American. There are many twists and turns into the Obamacare plan due to age, insurance companies, health, location, state, subsidies, tax credits, deductible, co pays, PPO, HMO.

Originally in 2013 I had approximately 40 policies in my state to shop. My state participated in the federal marketplace, healthcare.gov. I went from my private pay traditional policy from BCBS in 2013 to a PPO BCBS policy. Traditional health insurance policies are not offered in the government exchange; PPO and HMO’s are the options.

The cost to purchase the same policy privately through BCBS is approximately 75% higher vs the government exchange.

Did your wages increase %41.6 the past three years?

The Benefits Of Obamacare

One of the main benefits of Obamacare is the alleged abolition of denying Americans insurance due to pre existing conditions. Those who purchase private pay insurance or those who were denied due to a pre existing condition know the intricacies of the health care industry. If a consumer could try to afford purchasing health insurance they always had a monkey on their back wondering if the policy was used…. would there policy be cancelled?

But can insurers afford to include the 10 essential benefits in Obamacare? While the denying of policies due to pre existing conditions is not allowable; are Americans in the position of not being denied but not being able to afford health insurance or be fined by the government?

This is an area that needs to be addressed when looking at the cost of insurance premiums.

What Is Consistent About Insurance 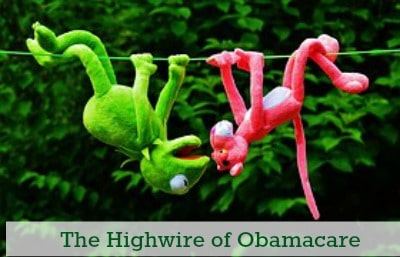 Price increases each year. Whether it be auto, home, renters, liability or health insurance one can expect an annual increase at renewal time. So not a surprise that health insurance premiums increase annually. But a %41.6 increase for a policy with no major claims?

The Future Of Obamacare

My first thought when I saw the Obamacare rates for January 2014 was the prices are too low. My history of purchasing private pay insurance indicted the amount of benefits offered at X cost was too low. So I expected a premium increase in 2015. I did not however expect a %41.6 price increase in 2016.

Is Obamacare affordable? Obamacare needs to be seriously reworked in order for any American to afford health insurance as required by the government.

I suspect that for 2017 more Americans will not be able to “afford” Obamacare, will opt out of the system and take the penalty or downgrade their Obamacare plans to plans with such high deductibles and co pays which in themselves are not affordable.

Fall is the time to sit and wait for the healthcare companies to announce their premiums, announce if they will participate in Obamacare and Americans to wonder what is truly affordable for all?

The architects of Obamacare have not succeeded in their attempt to make Obamacare affordable to all in this Americans’ view.