Every city has artistic treasures. Some are easily found such as the famous museums, famous landmarks, famous art installments. However, some of the treasures take a bit of seeking and perhaps seeking in urban neighborhoods not well known to a visitor; the visitor may be from another city, a suburb or another country. The Heidelberg Project in Detroit, Michigan is one of those treasures.

Tyree Guyton was one of the original recyclers before upcycling became a trend and necessity. He built his open air art with materials abandoned in the neighborhood. Now known throughout the world for its’ innovation it nonetheless has been a challenge filled journey over the past 30 years as the Project has evolved into what is now an internationally acclaimed project and tourist attraction. 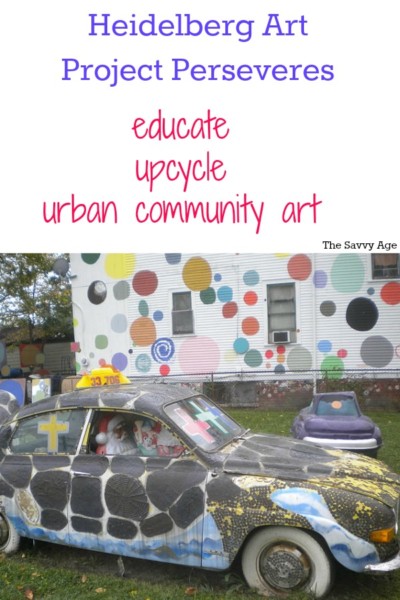 How The Heidelberg Project Began 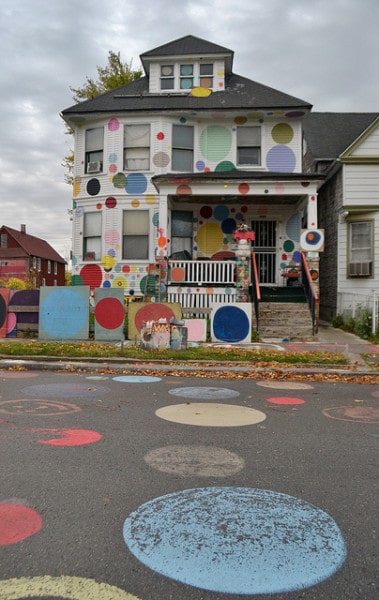 The Heidelberg Project evolved into a project in which he used polka dots and salvage items to decorate vacant homes and abandoned lots along with the children of the neighborhood in hopes of revitalizing the area. What began as a family project evolved into a two block area, open air urban art environment in an effort to heal communities through art.

Community development, art and education for children remain the focus of the project headquartered at The House That Makes Sense (HTMS). The Boots On The Ground program has been initiated to preserve the legacy of the project due to a series of arson fires during 2013 and 2014 that destroyed some of the homes. The Heidelberg Project is not contained exclusively within the homes as the project as a whole is open air projects throughout the area.

The Cultural Landscape Foundation designated The Heidelberg Project a Landslide 2014 winner. The Landslide project features land based art which is threatened due to vandalism, neglect, demolition. Eleven cities had exhibits in the 2014 Landslide which hopes to bring attention to the threatened landscapes.

Arson has taken a heavy toll on the Heidelberg Project in recent years. Only four houses remain but the Project continues to evolve. Tyree Guyton has announced the remaining houses will be taking a new direction known as Heidelberg 3.0 and will remain an open air art community for education and arts and community involvement. The existing homes are all made with recycled, upcycled and abandoned materials infused with a theme of social consciousness. 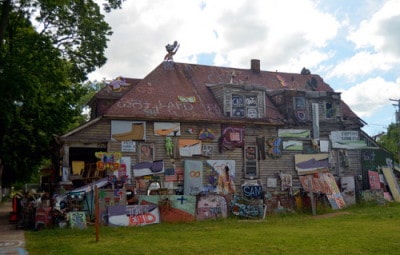 Magic Trash: A Story of Tyree Guyton and His Art Paperback by J.H. Shapiro is a very special book for children to explain the biography of the Tyree Guyton, the Heidelberg Project and the how art and community involvement work together for community service.

A wonderful pictorial biography for children to help children understand the serious issues and history of why the Project began and what it hoped and hopes to address. Teachers, parents and adults are encouraged to participate when a child reads this book due to the subject matter. Younger children will love the pictures, slightly older children will be propelled to ask questions and Magic Trash helps facilitate a truly educational experience for any child. 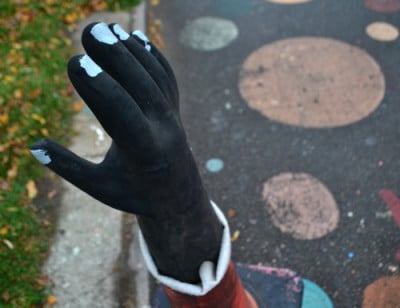 Heidelberg Houses Current and Past

Over 200,000 people visit the area per year which includes the houses, children’s’ workshop, library, and the multi purpose space, House That Make Sense Center (HTMS.) The project earned the Rudy Bruner Award for Urban Excellence silver medal in 2005.

Group Tours can be arranged by contacting: