Home » Home & Garden » Wordless Wednesday: Who Am I?

Do these signs look vaguely familiar? 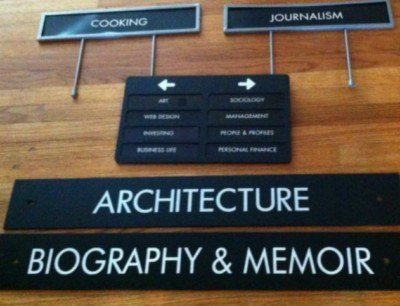 After the independent stores were obliterated by the big box stores.

Before amazon became a player.

Then amazon became a player  and shoppers browsed the big box but ordered the products on amazon.

When backstock was a good nine letter word.

When more actual targeted products were stocked more than tchotchkes.

Until the profit margin by corporate favored tchotchkes over the actual product.

Before coupons and loyalty cards.
Before eBooks.
Before the kindle.
Then the kindle competitors.
Then the eBook store.

What brick and mortar store did I hang in ?