A new clinical trial is one to watch for those with family and friends afflicted by Parkinson’s Disease.

Transeuro is resurrecting the idea that fetal brain cells which produce dopamine are transplanted into a patient’s brain to replace the dopamine compromised and diminished by Parkinson’s  disease. This was successfully accomplished in America in the 1990’s and today the most successful patients in the trial have needed less drug intervention as the disease has progressed. Side effects, risks and trial criteria are available at Transeuro. 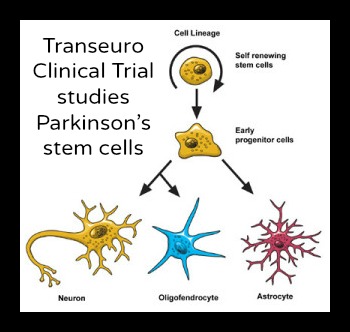 This is significant as the two main therapies for Parkinson’s are levodopa drug therapy and DBS (Deep Brain Stimulation.) However, levodopa and its’ associate drugs have a greater success rate in the beginning of the treatment. One of the major complaints patients report with long term usage of levodopa is the drug wears off much quicker which translates into shorter ‘on’ and ‘off’ times for their symptoms. Levodopa can also cause side effects with the most serious side effect is dyskinesia (uncontrolled muscle movements.)

This clinical trial is a collaborative effort with the protocol developed by learning from past trials what worked, what did not and in hopes of standardizing the protocol. The Transeuro trial will monitor the progression of Parkinson’s in 150 patients from the countries of Sweden, France, Germany and the United Kingdom. None of the patients in the trial will have exhibited signs of dyskinesia.

The Parkinson’s Disease Global Force is a working group of scientists from the United States, Japan and the United Kingdom whose mission is to share their knowledge and experience in the field. The Transeuro clinical trial is sponsored by the University of Cambridge and updates are available at clinicaltrials.gov, identifier NCT01898390 .

The U.K. based Transeuro is a consortium between research hospitals, pharmaceutical companies and research institutes located in the United Kingdom, Austria, France, Germany and Sweden.