Options to cut the cable cord continue to expand as the marketplace adapts to the desire of consumers to cut expenses and cut the cord to cable television. Consumers continue to rebel against increasing cable television costs versus what they desire in a cable package. 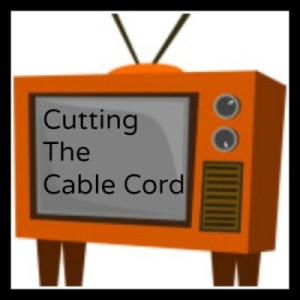 Paying for over the air broadcast stations which were historically free plus cable packages which offer many stations but are not the stations consumers wish to pay for or watch has increased the interest in cutting the cord and seeking alternatives.

New this year are the rollouts of Sling TV and the coming soon attractions of HBO NOW and Sony Playstation’s VUE.

Below are the most popular options to cut the cable. Many of the packages are being tweaked as they are rolled out; check the media website to review the latest offerings and prices.

A La Carte Options To Cut The Cable Cord

The above options offer consumers pay per month options to cut cable cord. Select station packages which are combined with the free over the air broadcast offered via digital over the air broadcast. Your location, your television and the strength of the digital signals in your area will dictate if a digital antenna is necessary; many newer TV’s have an adequate digital antenna included. Consumers can check the strength of digital stations in your area through the FCC and it’s digital reception map.