Oil pulling is also called oil swishing and is the practice of swishing natural oils in your mouth for 15 – 20 minutes to improve oral and remove toxins from the body. Organic coconut or sesame oil are the most recommended oils by oil pulling practitioners. 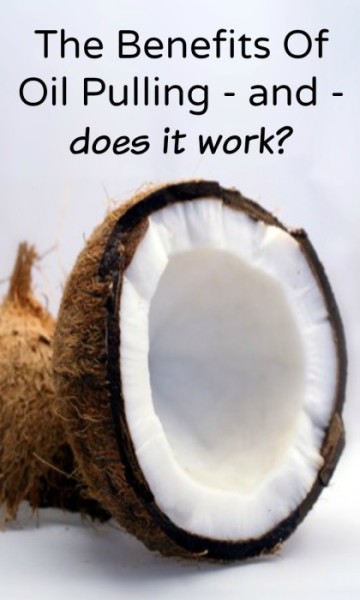 Oil pulling dates back to Ayurveda remedies where gargling is used for treatment of oral health, detoxification and the balance of doshas. However in Ayurveda the treatment is not a blanket recommendation depending upon an individual and their specific issues.

The 1990’s brought a resurgence of oil pulling and the popularity and testimonials continue to ebb and flow currently.

How To Oil Pull

What Oils Are Recommended

The internet is full of testimonials on the benefits of oil pulling. Practitioners report that one of the main benefits is increasing oral health. Oil pulling allegedly removes the harmful bacteria harbored in your mouth as well as strengthening teeth, gums and whitening teeth.

It should be noted that scientific research and verification of oil pulling is scarce. The general consensus of the dental professionals is that proven research is necessary to evaluate the effectiveness of oil pulling.

The American Dental Association (ADA) does address oil pulling and reiterates the lack of research and evidence currently available. The ADA continues to recommend that brushing twice a day, flossing and using an ADA accepted mouthwash to promote oral health. The mouthwash is used to help reduce plaque and gingivitis. The ADA states oil pulling should not  be used as a substitute for daily teeth care.

I was very curious about oil pulling and decided to give oil pulling a trial run using organic coconut oil. Coconut oil is expensive so my thought was there are many uses for coconut oil so it would not go to waste if oil pulling is not for me.

As practitioners recommended, I started out slow and it is an acquired taste, so to speak or taste. That was another reason I chose coconut oil and I knew it was a flavor I would like. I did do a trial run with olive oil, which I would not recommend.

Every day I oil pulled and increased my tolerance to keeping the oil in my mouth for 15-20 minutes. Within a week it was no problem to oil pull and one does have to remember to discard the oil in the trash and not the sink due to the properties of the oil.

The oil pulling definitely gave my teeth and mouth a very clean feeling almost as if the teeth were professionally cleaned. As to the other reported benefits of oil pulling, I do think the oil pulling did assist with testy tooth issues, but of course that is my experience and not medically proven.

What Kind Of Coconut Oil to Oil Pull?

Oil pullers definitely agree that virgin coconut oil should be used. Virgin coconut oil is raw, unheated and unrefined and now widely available in health stores and grocery stores; make sure to check the label to ensure the coconut oil is virgin. For those who prefer to order online, amazon has a very nice variety of coconut oils at reasonable prices.