Since 1990, the number of couples over the age of 50 getting a divorce has risen sharply for a number of reasons. In fact, about 25% of the divorces in the US are between couples in their 50s or above. Called “gray divorce”, this rising trend which is founded in the baby boomer generation has lead to a great deal of uncertainty when it comes to separating the finances and preparing for retirement. 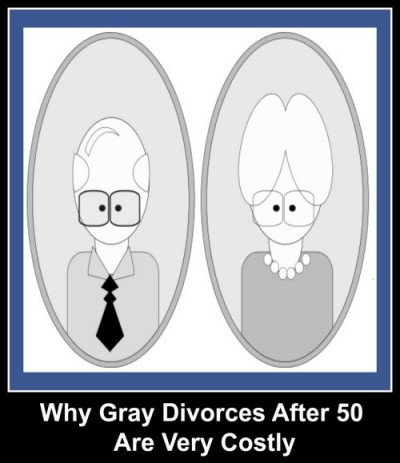 Gray divorce has led to all types of difficult questions that have couples wondering about the best course of action in their lives. Unlike younger couples who get divorced and have many years to restore their financial situation, getting divorced later in life leaves far less time to recover. In fact, there are often retirement considerations to be made as this will certainly upset any financial plans that have been years in the making.

Unless there is a pre-nuptial agreement in place, the impact of a divorce at a later age will have substantial financial impacts that both parties may not be able to fully recover depending on a number of factors. For example, even if the former spouses are planning on working for a while, it generally takes several years in order to re-establish financial security and longevity.

Retirement plans are the most in jeopardy, particularly for the person who was not the bread winner. They will often take a longer time to recover which may mean adding to the years in the workforce just to get into a position where they can retire comfortably. However, all of this will start with how the court will divide the properties if the couple cannot agree to settle. 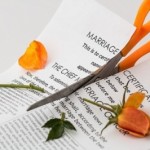 Besides employment, gray divorce cases also consider tow other options as well, pensions and benefits that are in the equation. Along with income and property, there are benefits that kick in when a person reaches retirement age. If the divorce happens after retirement, then there may be retirement benefits in play.

The retirement funds in this case are usually divided by the court so that both recipients can enjoy the benefits even if they are only in one of their names. However, such rights are not guaranteed by the court as they are only a common practice. For those who feel entitled to the retirement benefits of their former spouses, then a Qualified Domestic Relations Order will have to be issued so that the division of the money will occur.

In addition, Social Security benefits can be divided as well between the former couple as long as the marriage lasted for longer than a decade, over 62 years old and is still unmarried. Because many of the gray divorce cases of this type is usually between people that are experiencing their first divorce, dividing the Social Security benefits will certainly come into play.

There are many considerations that will have to be made for couples wanting to divorce when they are in their 50s and 60s. The better they approach the financial aspects that they will be facing, the easier it will be to deal with the outcome.