Lewy body dementia, which results in a progressive decline of one’s mental abilities, is among the common types of progressive dementia after Alzheimer’s disease. 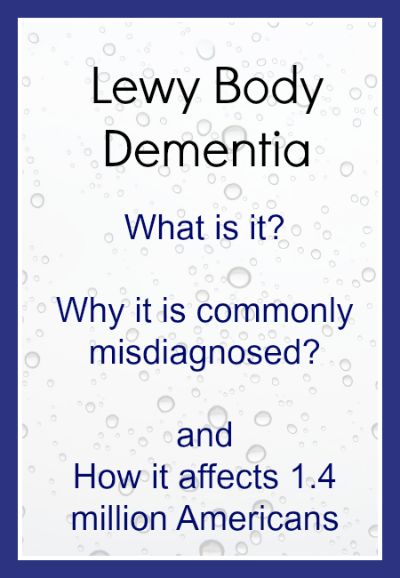 How common is Lewy Body Dementia?

Lewy body dementia or LBD is not at all rare. It affects over 1.4 million people and their families in the United States alone. However, due to how its’ symptoms can closely resemble that of Alzheimer’s or Parkinson’s, it often goes undiagnosed. In fact, many doctors are unfamiliar with LBD.

What is Lewy Body Disease?

LBD is a type of dementia that requires a comprehensive treatment approach involving a team of physicians who collaborate to provide optimum treatment of each symptom without worsening others. Many people diagnosed with Lewy body dementia significantly improve with a comprehensive approach while others can change very little from year to year. Studies have shown that adopting a healthy lifestyle with plenty of exercise, mental stimulation, and nutrition may delay age-associated dementias.

LBD has an average duration of five to six years, but it can last anywhere from two to twenty years based on one’s health.

The greatest factor for Lewy body dementia is advanced age, with onset typically occurring at the ages of 50 to 85. It also appears to affect more men than women and is considered a genetic risk in that family members who are also diagnosed with the disease are more likely to have other family members at risk of LBD.

Lewy body dementia is a term that some use to refer to both dementia with Lewy bodies and Parkinson’s disease dementia, confusion the term with Lewy body disease. The early symptoms of these two diseases differ, but over time, patients of both diseases develop similar cognitive, physical, sleep, and behavioral problems. This can make it difficult for physicians to properly diagnose a patient as the disease progresses, making early evaluation an incredibly important factor in receiving the best treatment for LBD.

Some people with LBD are very sensitive or may react negatively to certain medications that may be used to treat misdiagnoses of Alzheimer’s or Parkinson’s, making it occasionally easier for a physician to eliminate these two diseases as possibilities and leading to a proper diagnosis of LBD.

These two factors allow for differentiation between LBD and similar diseases after a through dementia diagnostic evaluation is completed on the patient, which is a combination of physical and neurological examinations, interviews with friends and family members, and mental status and neuropsychological tests. However, a conclusive diagnosis of Lewy body dementia is only obtained through a postmortem autopsy.

There is no cure or definitive treatment for Lewy body dementia as of yet. A comprehensive management plan which may include medications is essential by your physician or physician team. Each person can react totally differently to the similar regime; therefore a plan tailored to each unique patient is critical.

Clinicaltrials.gov is a website maintained by the U.S. National Institutes of Health. The website has contains up to date information on clinical trials throughout the United States. The information on the website is updated by the researcher/investigator/sponsor of the trial.

The Connection Between UTI’s And Sundowning

Travel Insurance For Seniors
Is The Cashew A Nut Or Fruit?