The song from Glen Campbell’s film “I’ll Be Me” did not win the best original song award at the 2015’s Oscar award, but the song and the movie continue to raise awareness for Alzheimer’s disease.

Alzheimer’s research remains underfunded and is sorely in need of funds for the research and treatment of the disease. 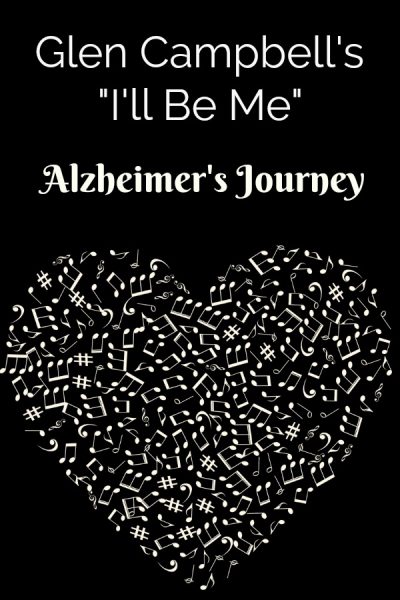 CNN has a page devoted to Mr. Campbell’s journey. When the film  aired on CNN a record was set as the most watched film on CNN. The CNN page is available here >> Glen Campbell on CNN.

The Centers for Disease Control and Prevention (CDC) reports that Alzheimer’s remains the most common type of dementia affecting upwards of 5 million Americans with the projected figures of 14 million by 2060.

This year the federal budget has earmarked millions of  dollars for Alzheimer’s; however, experts and scientists have repeatedly recommended that in order to meet the 2025 goal of finding a treatment, $2 billion dollars a year is needed.

I’ll Be Me is the documentary directed by James Keach which filmed Glen Campbell’s farewell tour. Mr. Campbell was diagnosed in 2012.

The last song Campbell and his recording team the Wrecking Crew recorded in the studio was “I’m Not Gonna Miss You.”  The film was released in 2014 and the song was nominated for Best Original Song for the 2015 Oscars. Tim McGraw performed the song at the Oscars.

The Film I’ll Be Me

The film is a documentary of Glen Campbell’s tour and his journey of navigating Alzheimer’s. “The Story Of The Rhinestone Cowboy” resonates with all Glen Campbell fans and admirers.

He remains one of most decorated country singer and songwriter. Many of his songs graduated across musical genres in different decades.

The farewell tour was originally scheduled for five weeks and due to the demand the tour spanned across the United States for 151 shows. His family and friends document the journey along with all associated with the tour.

The film clearly shows Glen Campbell’s progression through the stages of Alzheimer’s and how his support system helped him navigate the journey. His wife and family were and are integral members of his support team.

The family’s willingness to film their journey in “I’ll Be Me”  is in respect to the need for funding as well as raise awareness to help dispel the stigma which still exists for Alzheimer’s patients. Due to the progression of the illness, the patient’s cannot be their own advocates which along with the stigma hampers allocation of funds for the research of the disease.

Mr. Campbell’s daughter testified before Congress to increase the awareness and critical need for funding the research and treatment of  Alzheimer’s.

Glen Campbell passed away in 2017.

Alzheimer’s Continues to be Underreported