Home » Health » Does The Flu Vaccine Work? The Yes and No Of The Vaccine

It is the time of the year when those three little letters F L U cause big worries! Currently the CDC is estimating hospitalizations for the 2018-2019 flu season to be the lowest since the 2010-2011 flu season which is a hopeful sign of a manageable flu season. The weekly surveillance report Fluview offers the latest health updates for the current flu season. 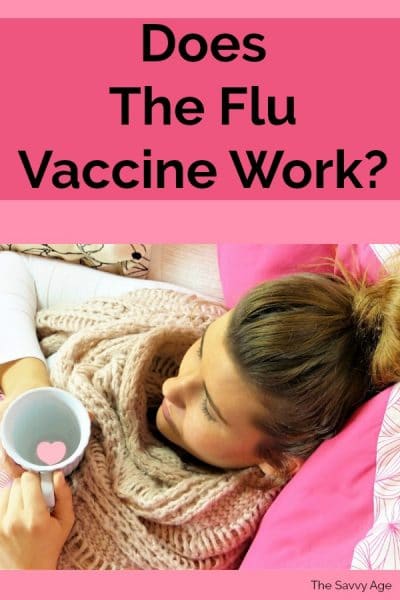 How Effective Is This Year’s Flu Vaccine?

It may seem a distant memory, but not distant if you have every contracted the flu. The 2014-15 flu season was particularly troublesome as the data for the flu vaccine demonstrates a 19% effectiveness. This was the lowest rate of effectiveness since the 2005-06 flu season. The vaccine effectiveness for the 2016-2017 and 2017-2018 season was 40%.

Is the Flu Vaccine Live?

Yes and No. The short answer is the flu shot contains an inactive vaccine which is made from the flu strains the shot is created to provide protection.

The nasal spray is a live attenuated vaccine (LAIV) and is made from live/weakened viruses.

How Does The Flu Vaccine Work?

The effectiveness of the influenza vaccine is affected if a mismatch occurs between the flu strains used in the flu vaccine and the virus currently circulating. H3N2 is the main culprit and is a subtype of the influenza A virus, H1N1 flu which  is also a prevalent flu strain.

The flu season never receives a warm welcome and the older and youngest populations continue to be the most affected and the hardest hit by the flu. Americans 65 and older and young children 0-4 years of age are the next hardest hit group with a high hospitalization rate.

The mix of strains in the flu vaccine is determined by recommendations by the World Health Organization and the CDC. These recommendations are made in February for the next flu season which begins in December of the same year. The influenza vaccine can be less effective for the current season due to a migration of a strain since the original recommendation the prior winter; vaccinations should occur once per flu season beginning in the Fall.

Why Isn’t The Flu Vaccine Changed If The Vaccine Is Ineffective?

Unfortunately the lead time needed to manufacture the vaccine did not allow manufacturers sufficient time to adjust the H3N2 vaccine for the northern hemisphere.

How Long Is The Flu Season?

According to the CDC the average length of the flu season is 13 weeks; however, the season can fluctuate each year and last longer, begin earlier or end later depending upon the year. Generally the flu season begins in December and runs through the end of February.

However flu cases have been reported in October with the latest cases of the flu occurring in May; CDC recommends the ideal time for vaccination is by the end of October.

Who Should Be Vaccinated?

While the CDC recommends the flu vaccine be administered by the end of October to citizens six months and older; however, you can be vaccinated well into the flu season. The flu vaccine does not guarantee you will not contract the flu; immunization can lessen the symptoms. The vaccination does take two weeks to take affect as your body builds up immunity.

If you have ever had the flu even a lessening of symptoms would be welcome for a very unwelcome seasonal visitor. An informal poll amongst my circle of friends indicates major thoughts on the flu vaccine:

The Doctella App for Doctor Visits