The war against fraud and thieves continues as a new technology emerges to combat ATM scammers. The Bank Of Montreal will bring cardless ATM technology to the United States through the BMO Harris Bank out of Chicago. A smartphone and ATM are the only devices necessary for customers to access their ATM account and withdraw cash.

How Does The Cardless ATM Work?

A smartphone is necessary to use the ATM along with the mobile banking app.

Is A Cardless ATM safe? 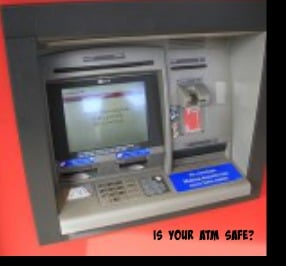 The service by BMO has launched in Chicago at 750 ATM machines. Wintrust Financial in Illinois and Wisconsin launched the service in 2014.

The cardless ATM technology is in direct response to the continued data breaches consumers have been subject to in the past few years. Home Depot, Target, Michaels, eBay, Yahoo, Medicaid, Neiman Marcus, Adobe and Apple were amongst the biggest data breaches in 2013 and 2014.

Europe has long issued credit cards with microchips which is alleged to be one of the best defenses against retail fraud. The EMV (Eurocard, Master, Visa) card creates a unique code each time it is swiped versus the traditional credit card with a magnetic strip. The magnetic strip does not change and allows frequent multiplication if stolen.

EMV cards are slowly being rolled out in the United States. A deadline of October 1, 2015 has been imposed guidelines for liability of a fraudulent transaction which was hoped to spur companies to roll out EMV cards quicker.