The superbug CRE has been attributed as a contributing factor in the deaths of two hospital patients at UCLA hospital in Los Angeles. The medical procedure ERCP, endoscopic retrograde cholangiopancreatography, was used on the patients which involves a duodenoscope. Health officials state the instrument is difficult to sanitize and can be a carrier of superbug CRE as well as other bacteria. The ERCP is not the scope used for routine endoscopies or colonoscopies.

According to the LA Times, 179 additional patients are being contacted by UCLA to be tested for the bacteria; the procedure was performed between October 2014 and January 2015 at UCLA.

What Is The Definition Of CRE? 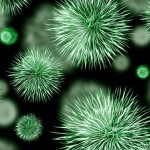 Carbapenem refers a class of antibiotics that are used to treat severe bacterial infections such as E.coli and Klebsiella pneumonia which is a gram negative bacteria caused pneumonia.

Why Is Carbapenem Called The Drug Of Last Resort?

Carbapenem is also used for infections when all other medications and treatment have not been successful. CRE is considered a superbug which is stronger than the commonly known MRSA And C. Diff and highly resistant to antibiotic therapy.

The Centers For Disease Control (CDC) estimated the death rate of those infected with CRE at 40-50 percent.

Due to the high mortality rate of CRE and severity of the superbug, the CDC is assisting LA public health officials in efforts to control and constrain any possible outbreak. The FDA, doctors, hospital administrators and medical equipment manufacturers are convening to reassess safety practices and equipment sanitization protocol.

Virginia Mason Medical Center, Seattle Washington, has addressed the infection of endoscopes between 2012 and 2014 which is being linked linked to 32 ill patients. The patients were infected with a strain similar to CRE; eleven of the 32 patients passed away.

Officials at Virginia Mason state some of the patients were critically ill and depending upon the patient, other factors may have contributed to the infection.