The latest cases of the superbug CRE, carbapenem resistant enterobacteriaceae, in Los Angeles is not an isolated outbreak. Further reports continue to reveal superbug CRE outbreaks have occurred at hospitals throughout the country in 2015 and throughout the past two years. CRE has been traced as a contributing factor to the death of two individuals who were treated at UCLA hospital. The individuals underwent a procedure with an ERCP with a duodenoscope. It is speculated CRE was present on the surgical instrucment; UCLA is in the process of notifying an additional 179 patients and offering home testing.

What Is Superbug CRE? 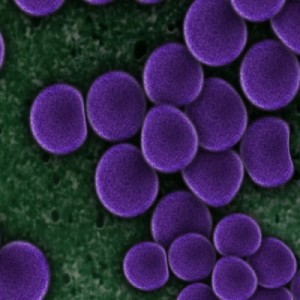 Why Are Gram Negative Bacteria Resistant To Antibiotics?

A gram negative bacteria has a thick outer wall which is not existent in the gram positive bacteria. From its inception, gram negative bacteria are resistant to antibiotic therapy which presents a distinctive challege for the medical community to treat infected patients. While healthy individuals can and do ward off bacterial infections, individuals with compromised immune systems, particularly in a hospital setting are at risk for infection by a bacterial infection. Bacteria such as CRE can be transmitted patient to medical personnel and has a life span which allows it to live on medical instruments or the surfaces in a hospital. The exposure rate to patients can be high if an infected medical instrument goes undiscovered.

These bacteria are very efficient at developing resistance to antibiotics:

C. diff and MRSA are examples of gram positive bacteria and while can be difficult to treat are not as resistant to antibiotic therapy.

Difference Between ERCP Duodenoscope And Endoscope

The instrument in question for the Los Angeles contamination was a ERCP endoscope which is also called a duodenoscope. Endoscopic retrograde cholangiopancreatograph (ERCP) is used to evaluate or treat problems with the pancreas, bile ducts, cancer, gallstones, insertion of stents. The U.S. Food and Drug Administration (FDA) has issues a safety communication regarding the use and sanitatizaiton protocol for the ERCP procedure and instrument. An endoscope is different than the instrument used in an ERCP procedure. An endoscope is frequently used to evaluate the digestive system and can be used to perform biopsies or cauterizations. Each instrument can be a carrier for bacteria if not properly sanitized. The Center for Disease Control (CDC) states a mortality rate of 40-50% for CRE infections.

Virginia Mason Medical Center in Seattle, Washington has linked an infection of 32 patients between 2012 and 2014 to infected endoscope. Lincoln County, North Carolina is reporting three incidences of CRE in 2015; two were infected outside of the hospital and one within a hospital. The patients are in isolation for treatment and investigations continue as to how the infection occurred. Health officials are reporting the duodenoscope is not used at the Carolina HealthCare facility. Chicago’s Advocate Lutheran General Hospital had a superbug CRE infection of at least 44 people from an infected endoscope in 2013. The CDC reports only Alaska, Maine and Idaho have not reported any cases of CRE. The CDC issued a report Antibiotic Resistance Threats in 2013 which addresses the concern over the development and treatment of bacteria. The report is quite lengthy but substantive for those interested; superbug CRE is listed as an urgent threat.