Who can forget when Michael Jackson brought out the moon walk to the classic Billy Jean at the Motown reunion show in 1983?

be reairing Motown 25: Yesterday, Today, Forever on February 28th across  the country. Motown aficionados will enjoy the performances of Motown’s iconic stars including: Michael Jackson, Jackson Five, Stevie Wonder, Diana Ross, Marvin Gaye, battle of the bands between the Four Tops and Temptations, the Miracles. The special was hosted by Smokey Robinson.

Marvin Gaye returned for a live performance and as many of the Motown stars in Motown 25. Within the year he had passed, as have many of the other Motowon stars, each which leave an impressive musical legacy.

As part of the celebration and fund raising efforts, PBS will also be offering  a set of CD’s featuring 7 CD’s with 144 Songs from the era including parts of songs undiscovered,  rediscovered and remixed.

Fans of music and PBS will also appreciate the Independent Lens series on PBS which is a series featuring independently made documentaries which spans a multitude of genres. Motown lovers will appreciate the film Muscle Shoals.

The film is a fascinating view of the behind the scenes of the music industry  during the years of segregation in a studio in the south. Fame Studio along with Muscle Shoals Sound Studios were responsible for th 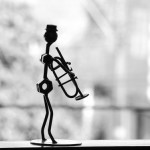 e hits we recall so fondly of that era. The film is frequently referred to as a history of “colorblind recording.” The behind the scenes stories of how songs such as Free Bird and RESPECT were produced is mesmerizing.

If you love the music of the sixties and seventies, or if you just love music of any genre, the Independent Lens film Muscle Shoals and revisiting the Motown 25 special of 1983 will reignite memories and both are highly recommended.