In part one of the Fantasy Football For Seniors series I reviewed how to create the framework for your fantasy football team.  We created your League on ESPN FFL, a league manager was designated and you were ready to schedule your draft. 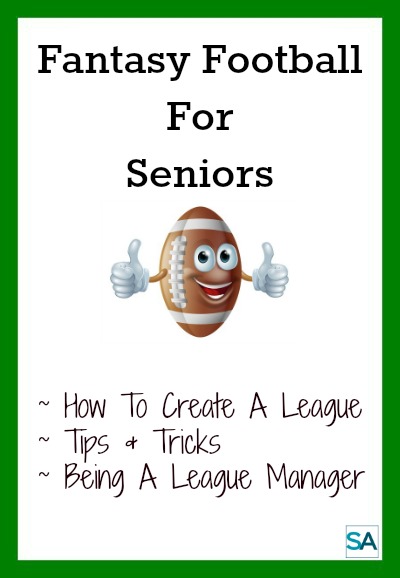 Inevitably there will be sign up issues with league owners. Remember that some players are more familiar with fantasy football or computer programs, so expect a few glitches with passwords and log ins. It may be wise for a league manager to set aside extra time to assist in the glitches and ensure your league owners are ready to go.

After The Fantasy Football Draft

Each league owner will be responsible for fielding a full team each week. The computer does not require a full team be fielded; however, the point totals will reflect if an incomplete team is fielded.

Standard ESPN FFL rules will require 16 members for each team. The rules are specified as to how many players of each position can be on your team. One of the 16 slots will be for a team, the Defense. This position will be chosen as a team name.

If you can point and click a mouse, changing your team around is easily accomplished. 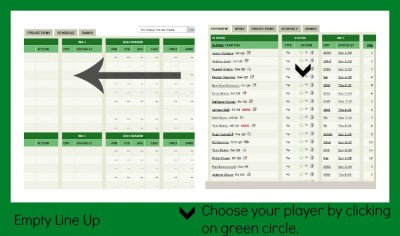 First Four Weeks Of Your Fantasy Football League For Seniors

In the first four weeks of the regular football season, assuming you are playing by standard rules, no player additions or deletions are allowed. You can switch players from the original 16 draft players within your team only.

As my league is a fun league, we do not allow trades between members as this simplifies the league; however, trade rules can be designated if desired. Experienced FFL players might even vote on draft rules for the league at the beginning of the season.

** Strategy Note: If desired, monitor closely before the draft which players are injured or suspended. This will definitely affect the first four weeks of play.

Teams do have BYE weeks which will affect your line up. Serious players will want to look ahead and plan their lineup, player additions or deletions according to the BYE weeks. How you manage your team is solely up to your discretion. Theoretically you can just set up your line up and not look back. This may not be the best strategy pointwise, but one never knows.

Not lacking on a FFL site is the data. More data than one can assimilate in many respects.

At first it may be a lot to take in, but as with any new adventure, after you familiarize yourself with the program, you will find the data and areas of your interest easily and changing your lineup will become as easy as sending an email.

I hope part one and part two of the series will encourage any reticent FFL players to participate. The Yahoo and ESPN Fantasy Football sites have very clear instructions, but the following links may also assist your endeavor as a beginning FFL player.

Yahoo How To Play FFL