Very easy Popsicle Stick Turkey Craft! A Thanksgiving turkey craft for toddlers, the littles and kids of all ages. The materials may already be in your craft closet and if not, these little turkeys can be made as a Dollar Store Thanksgiving craft. A fun group craft project to keep the littles occupied during Thanksgiving dinner prep. 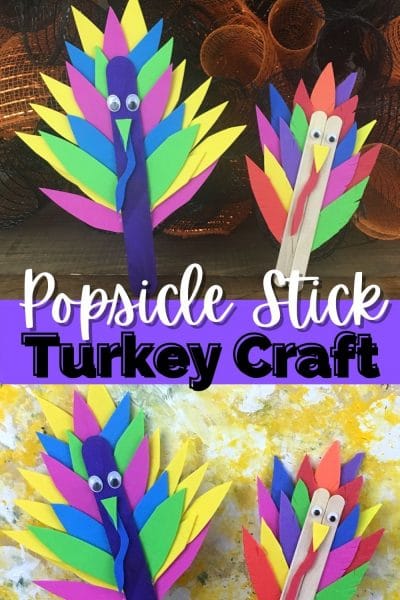 I have always found the turkey craft materials at the dollar store year round.  Googly eyes are key to making a Popsicle Stick Turkey; however, the colors of the feathers can be up to the crafters’ imagination.

How To Make Popsicle Stick Turkey 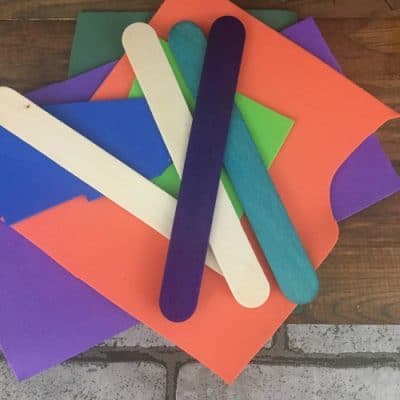 This is an easy craft to occupy the littles while Thanksgiving dinner is being prepped. The feathers can be cut in advance in different sizes and colors. Set up a craft table and let the turkeys roll!

One year the popsicle stick turkeys were turned into name place cards for the table. Use a sharpie to write the guests’ came and place the turkey on the plate. The littles love participating!

Turn that cute little popsicle stick turkey into a refrigerator magnet. One of my favorite items in the craft stash are the mini magnets. Originally purchased for another craft I have found so many uses for the magnet in crafting! 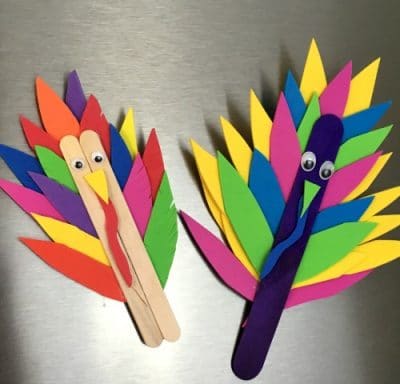 After the turkeys are finished simply glue a mini magnet on the back of the stick to make an easy Turkey magnet.

Should I Use Craft Glue or a Glue Gun? 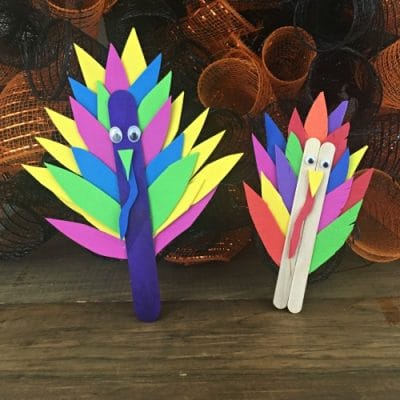 For the mini magnets I use a dab from a glue gun and the easy Popsicle Stick Turkey magnet is finished!

How To Make Googly Eyes Stick

The lack of stickiness can be frustrating as it there is nothing like finishing a googly eye craft (particularly if it is a gift) and wake up to missing eyeballs! Hey, that is just so not right! 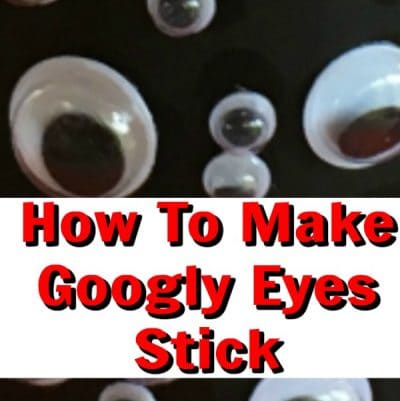 There is no need to abandon the craft as a little experimentation may be necessary. I examine in detail the four ways to make googly eyes stick so your googly eye crafts live on with the googly eyes intact.