Are you are seeking a gift for your favorite biography fan? Biography fans and readers of all ages will be engrossed by the story of Mike Massimino in Spaceman: An Astronaut’s Unlikely Journey to Unlock the Secrets of the Universe. Humor and dogged perseverance by the author propels the reader along the ride of Massimono as he dreams then attempts then succeeds at his dream career of becoming an astronaut. It was not an easy ride to be sure.

The Journey And Obstacles To Become An Astronaut

The two themes which prevail throughout Spaceman are perseverance and teamwork. Have you ever given 120% and failed despite your best efforts and hard work? Massimino did in his attempts to enter the space program. Yet eventually he prevailed by analyzing the failed attempts, retooling and giving another 120% to optimizing his attempts to be accepted into one of the most elite programs in America. 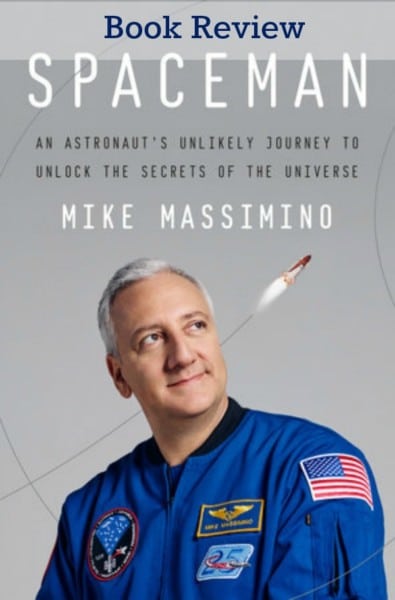 However Massimino also learned early in his attempts that along with the details of the journey that no prospective astronaut is an island. He credits his generous and unselfish volunteer team and believes he would not have succeeded in applying to become an astronaut and succeeding as an astronaut without the teamwork. It is a lesson Massimino credits to his success and one of the most valuable lessons learned early in his career that is applied to all aspects of life.

First if you have not seen the movie The Right Stuff this is a must see movie. Run don’t walk to your computer and download the movie or purchase the dvd as a gift; you won’t be disappointed. The Right Stuff was one of the first inspirations solidifying Massimino’s passion to become an astronaut. While The Right Stuff was a biographical movie Massimino provides his behind the scenes narrative as he journeyed through the space program with humor, honesty and humility.

Take a ride through the space program and the infamous Hubble with Massimino and the friendly tone of Spaceman will draw you into the story as if you were a co-pilot.

Quite the story. Quite the journey. Quite a gift.

I received this book from the Blogging for Books program in exchange for an unbiased review.