Obamas Response to My Letter

Because I could not. I did not appreciate the attempt at political damage control. All that press conference did was muddy the administrative waters further and no, I could not keep my policy. 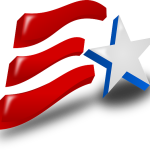 Fast forward and surprise! I receive an email this week from Mr. X. The email had been forwarded to Mr. X in the Health and Human Services Department. Mr. X summarized all the options available, no news there and provided me a phone number should I want to discuss the situation. Well, at least it was a response. Not exactly timely, but a response.

And now I’m being spammed by healthcare.gov…

I have become a connoisseur, if that is possible, of healthcare.gov, the website since October 1, 2013. Facing a cancelled policy as of January 1, 2014 I had no choice but to consider the options of Obamacare. One of the main differences is that healthcare.gov now contains information regarding prices and the details of the plans which was lacking when originally launched. In October and November the information was hidden from the consumer; one had to toggle between a possible price on healthcare.gov then go to the insurance companies website to find the actual plan. In my state, there are 52 plans.

The website now appears to be functioning on the front end as it should have October 1. Results are mixed as to how much of the back end, where the insurance companies are receiving valid and accurate information to execute the policies, is functioning as designed. If you have never shopped for health insurance before, the amount of information can be overwhelming. I have purchased health insurance for many years which is advantageous to delve through and analyze all the information. I just happen to be caught in the first wave roll out of Obamacare. As the smaller and medium business holders adjust or cancel options for employees, more waves of consumers will be forced to buy their insurance either privately or through healthcare.gov.

It still feels like a wing and a prayer as to whether Obamacare will work.

The ruling could be issued as early as tomorrow by the U.S. Court of Appeals which could threaten subsidies for health care insurance purchased on the federal exchange. At issue are the subsidies received by those who purchased insurance on the federal exchange versus a state exchange. In a thumbnail, Halbig v Burwell proposes that only consumers who purchased health insurance on a state exchange should be permitted subsidies due to the language of the law. Only 14 states have state only exchanges. It is estimated that 5.4 million people received subsidies through the federal exchange. It is also speculated that most would be unable to afford insurance without the subsidies therefore making it unaffordable which undermines the intent of the law. Obamacare purchasers need to watch this ruling and its’ implications.

I listened with interest this week to Larry Kudlow show on CNBC. Frequent viewers of the show would acknowledge that Larry leans conservative and not a huge proponent of Obamacare. The panel discussion centered on comparing Obamacare to Medicaid; where recipients look benefit rich on paper, but in reality the benefits are not what they seem.

This would be due to the network structure of Obamacare and its’ intended design; limit the networks which limits the cost which limits the coverage. It was noted this comparison is particularly true for those enrolling in the silver level of Obamacare where the greatest subsidies exist for the consumer – due to the design. I found it interesting as I had never heard this comparison prior. As a purchaser of private pay insurance and one with a cancelled Jan. 1 policy (which admittedly I’d have preferred to keep) it is something to consider when purchasing a policy through the government and comparing cost levels and ‘metallic’ plans.

For now, I decided to opt out, and am the recipient of a paying more but receiving less insurance with a new policy and a $50 monthly fee tacked onto the insurance bill to subsidize Obamacare. I’m continuing to watch it all shake out before revaluating.