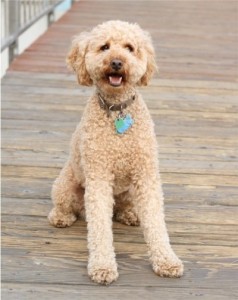 Charles the Monarch is the famous Labradoodle who hails from Norfolk, Virginia and occasionally creates a stir when in public. Charles's is adorable, Charles garners a second look when walking down the street and Charles resembles a lion. Owned by the Painter family, Charles is the mascot and probably considers himself part owner of the family garden center. A few years ago Charles created quite a community stir when a bevy of 911 calls reported a lion on the loose. It was just Charles … END_OF_DOCUMENT_TOKEN_TO_BE_REPLACED